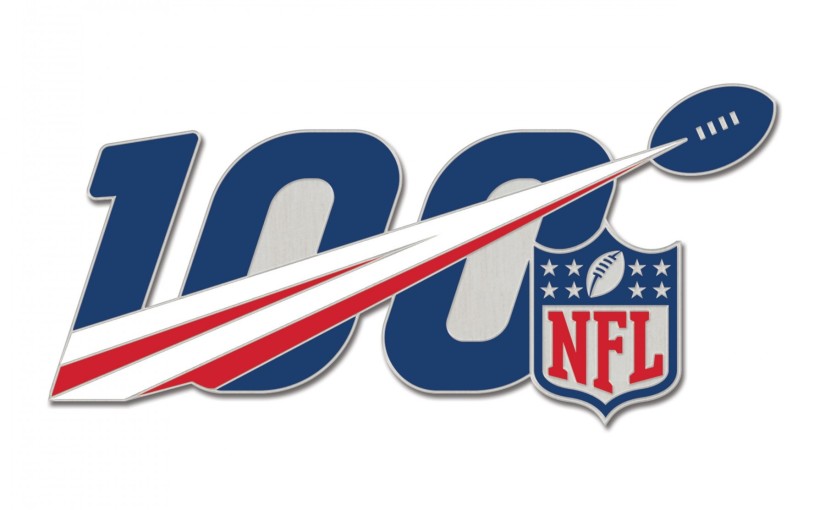 The wait is finally over. After the best part of seven months the 2019 NFL regular season is upon us. But what do the Football gods have in store for each of the 32 teams? Will this finally be the year Tom Brady and the Patriots fall off? Can the Saints put the disappointment of two of the most controversial and devastating playoff defeats in NFL history behind them to win a second Super Bowl? Will there be more Nick Foles magic down in Jacksonville? Will Jason Garrett be able to save his job in Dallas? Or perhaps Andy Reid can finally win a championship his career so richly deserves? Here are my full 2019 NFL regular season and playoff predictions.

The AFC North should be one of the most competitive divisions in football in 2019. The Steelers will remain the Steelers so long as Mike Tomlin and Big Ben are in Pittsburgh and the Ravens are always a good bet to make the playoffs. However, the Browns made huge strides last year and now have arguably the best offence in football outside of Kansas City and New Orleans. This year they make the playoffs with the Steelers sneaking in at #6.

Look away Colts fans. Before Andrew Luck announced his shock retirement I had the Colts going to this years AFC Championship game. Yet despite having a genuine starting calibre replacement QB in Jacoby Brissett the Colts will likely struggle until they find a settled offensive identity. One team who stands to benefit from the Colts misfortunes are the Jaguars. Nick Foles will undoubtedly make a difference to a once maligned offence that was previously guided by Blake Bortles. However, one often forgets just how good their defence can be and I fully expect them to bounce back from an unexpectedly poor 2018 campaign to win the AFC South.

You can book the Patriots winning an 11th consecutive AFC East. There is also a great chance they make a 9th consecutive AFC Championship game. But what of the rest? Despite some encouraging play from QB Josh Allen the Bills look devoid of talent on both sides of the ball and the Dolphins look to be in full rebuild mode since trading Tunsil, Alonso and Stills over the last few days. However, the Jets are a little trickier to assess. Sam Darnold certainly has all of the required tools to be a top tier NFL QB and any team will stand to benefit from having Le’Veon Bell in their backfield. Nevertheless, something tells me they are still a year away from making the playoffs.

Some will call me stupid to bet against Andy Reid and Patrick Mahomes. Nevertheless, I do have the Chargers sneaking the #2 seed this year. Don’t get me wrong the Chiefs are still the most explosive team in all of football, but I have seen little to suggest they have improved what was the 24th overall ranked defence in 2018. Additionally, teams have now had an entire year to find Superman’s Kryptonite and although we should still come to expect another MVP calibre season from Mahomes, I would be astonished if the Chiefs were to average 35 points per game for a second consecutive season.

Green Bay undoubtedly has the most talented QB to ever grace the game of football under centre, but this alone no longer guarantees success for the Packers in the NFC North. With Mike McCarthy gone one might expect Aaron Rodgers to bounce back from missing the playoffs in each of the last two seasons. However, the competition around Green Bay’s future HOF QB is as strong as it has ever been in his 14 years in the NFL. Make no mistake — the Bears are stacked on both sides of the ball. Yet what Matt Nagy did for Mitch Trubisky’s game in just his first season in Chicago was nothing short of a miracle. If he can get his franchise QB to be more accurate in long yardage situations in 2019 then Nagy could be looking at winning the first back to back AP NFL Coach of the Year Award since Joe Gibbs in the early 80’s — as well as a potential trip to the Super Bowl.

Yes you read that correctly. I do indeed have the Saints missing out on the playoffs, but allow me to explain. The Saints are clearly the most complete team in the NFC South. However, they are coming off two of the most devastating playoff defeats — back to back — in recent NFL history. I’m not simply suggesting the Saints will suffer an emotional hangover in 2019 — both the Falcons and Panthers simply have to be better then they were in 2018. Each season one team comes out of the doldrums and this year I expect that team to be Atlanta. Put simply they are far too good on paper to finish under .500 for a second successive season.

With or without their star RB I do envisage the Cowboys making the playoffs in 2019. However, if they don’t pay Ezekiel Elliott you can bet the house on Dallas continuing their streak of failing to win their first Lombardi trophy since the mid 90’s. Conversely, the Eagles are in prime position to make yet another run. From top to bottom I have yet to see a better roster in the NFL and I fully expect Carson Went to return to MVP level form this season. The Redskins have some exceptional talent but are at least a year away from challenging and unless the Giants finally decide to sit Eli for Daniel Jones — who was a revelation during preseason — then expect more of the same reliance on star RB Saquon Barkley from Pat Schurmer and the G-Men.

Having looked at the business the Seahawks conducted during the offseason its hard not to be impressed. Drafting D.K. Metcalf appears to be an inspired pick by Seattle GM John Schneider and with the additions of Jadeveon Clowney and Ezekiel Ansah, the Seahawks could lay claim to having the best defensive front seven in pro football. However, they are still far too reliant on Russell Wilson and are in a division with the reigning NFC champion Rams as well as a resurgent 49ers. Can they make the playoffs? Absolutely. But the NFC is stacked and inevitably there has to be casualties. Finally, what of the Arizona Cardinals and Kyler Murray? Put simply Arizona GM Steve Keim has set their rookie QB up to fail by refusing to invest in one of the NFL’s worst offensive lines — the same line that failed to protect Josh Rosen last season. Expect them to be drafting #1 yet again come next April.

They say anything can happen in the playoffs and even if you ask some of the most optimistic Saints and Bears fans respectively — it can be downright cruel at times. Nevertheless, although the playoffs rarely disappoint I fully expect the usual suspects to be in the mix come January/February. But ultimately which team will get the privilege of hoisting the Lombardi trophy? Let’s take a look.

So there you have it. Rather predictably I have the New England Patriots winning a record setting seventh championship by gaining revenge over the Eagles. But fear not. This has to be the Bill Belichick and Tom Brady’s last rodeo. Right? J

Created by two Football crazed brothers - Ben and Jamie, we are a UK based blog for fans of American Football. View all posts by Benny Given Sunday